1990-2023 : 34 years of professional product and technology design as well as leadership and team management

Drive the technology path of an innovative company focusing on advanced subjects, ideally on a brand new consumer product segment.

Since 2014, I am the Chief Product Officer and CTO of ZEENS/Presstalis — the digital subsidiary of Presstalis— working on mobile-to-store and digital newsstand which includes social networking and bringing innovative BM to the press industry (50 % discount on mags) + in-store purchase of journals & show tickets in partnership with Ville de Paris, JCDecaux, Mediakiosk, FNAC/France Billet, Logista and Presstalis) after having worked on a brand new B2C digital press service that exposes all journals and magazines published in France since 1947 via an all-you-can-eat subscription-based model on iPad (from 2014 to 2016).

Before and for 3 yearsd, I was the Chief Technology Officer (CTO) at MobiLuck.com which is focused on geolocalized social network for mobile phones. This LBS friends finder service displays 35M pages/month and has attracted more than 1.2M users (Q2 2009) since its launch in August 2007 and currently recruits an average of 5K users per day as per the current trend and we see our traffic doubling every quarter! Our technology is carrier-independant and the service works worldwide as it is available in more than 10 languages.

Before and for about 4 years, I was the In-Fusio/MobileScope's Advanced Technology Manager where I created a mobile phone massive cross-platform multi-player technology and service for the Group and designed and developped a Google Earth-like technology for UMTS and HSDPA mobile phones for Orange.

Before, I've been in the video game industry for 10 years where I successively developed titles, created and sold realtime 3D technologies and, finally, took in charge one of the business unit of Kalisto Entertainment to handle two 4M€-budget games. 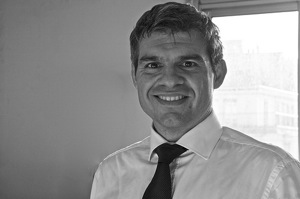 " Stéphane stands out through his wide ranging knowledge and development skills. He combines a unique entrepreneurial attitude to getting things done within the organisation with the techhical ability to translate complex and speculative concepts into polished demonstrable products. I saw this happen on three projects (3D engine, more impressively still a massively multiplayer infrastructure and lately mobilezoo) during which I had the pleasure of working with Stephane. A definite recommendation."
January 4, 2007
Giles Corbett, co-CEO, In-Fusio
managed Stéphane indirectly at IN-FUSIO


"Stephane brings a lot of knowledge and a real ability to push forward projects while understanding and even promoting the business impacts of the projects he was working on."
August 27, 2006
Thomas Landspurg, CTO, In-Fusio
managed Stéphane at IN-FUSIO


"Few years ago, I hired Stephane de Luca as a project manager. Then he became a chief of a technical department. After that, he helped to rescue a 6M€ project. He redefined the product problematic. He reorganized the tech team and put the technology side back on track. He personally helped to coach important team leaders. He impressed me with his skills in communication, leadership and technology."
January 5, 2007
Daniel Cohen, COO, Kalisto Ent.
hired Stéphane as a technical in 1999


"I have worked with Sdl for long. He is a great world-class technical manager with an entrepreneurial mind. Pragmatic, and rational, he led large interactive projects to success by proposing and executing innovative management methods. I everyday measure the acuity of his advanced vision and management style which I still haven't found the equivalent in today's other projects.” March 31, 2006"