@stephanedeluca
“One can change the world with a bare computer: but that requires so much involvement few people even dare… What’s about you?”

Were good moments at Google in Munich with lot of laugh… 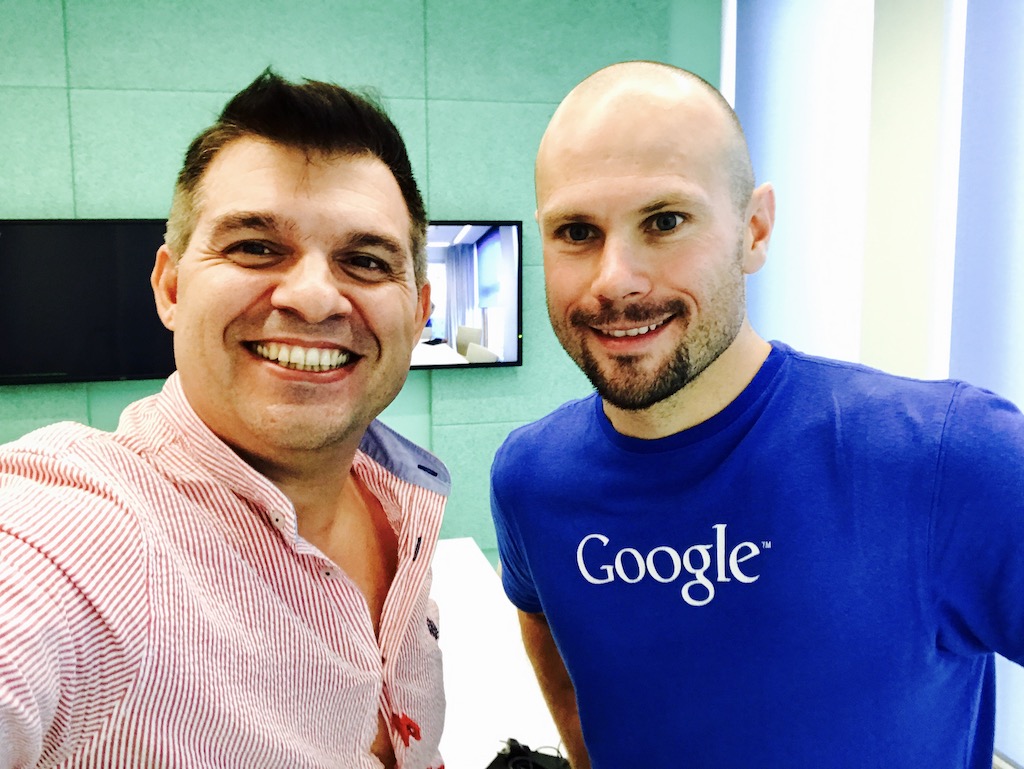 One year after the refusal, I think this time it might be accepted by Apple, as political caricatures has now being accept […]

Google is everywere, even where and when you don't expect it to be

Lately, as I was working with a friend on android on a new way to write native app more effectively, I stumbled upon something quite surprising.
We where doing an HTTP request to a server from within the android app, to a non existent URL, in order to catch the default user-agent of the sdk.
As we u […]

Remembering twenty-four years ago — back in 1976 — the first time I get in touch with what I will call a computer; it was a Texas Instrument TI-57, a calculator equipped with a simple numeric display and a maximum of 50 programmable instructions. It was right after xmas, at school, a friend of mine showed me the calculator, saying something like: "look at that!" and while pressing a strange "RUN" key, the TI to display this incredible thing: 9, 8, 7, 6, 5, 4, 3, 2 and 1! This automatic count down somewhat blew up my brain!

This event triggered the beginning of my interest in computing at-large. But at that time, I was miles away to imagine from what one could achieve, years after years. And even the most anticipating fiction never matched what actually appeared years afters.

My first mobile phone was purchased in 1996, ten years ago; I was then completing my first PC, Saturn and PlayStation project in Paris. The handset was small enough to make people in the streets stop by and stare at me when I was passing a call.
I understood at that time that one day, people would use their mobile phone to play, connected each others to a gigantic MMO game via the air. But I thought it would take tens of years to come up.

Once again, things arrived more rapidly than expected: only ten years after, the industry is about to reach 1 billion of new handsets sold this year. How it comes? Innovation. Building new markets thanks to new products or technologies.

But what's really cool, is that I am in the place trying to push the envelope one step further, participating to this course, spreading new ideas or usages. New technologies.

But what could be new technologies if they are not streamlined enough and not really made for casual users? While the world of the mobile industry was already fast paced, there wasn't that much innovation since the appearing of 3G/3G+ network. Same ideas were simply recycling again and again.

By chance, the promising 3 billion users market definitively attracted new entrants. Once again, Apple came up with a great design along with well defined features with its iPhone, and simply redefined almost everything in the industry. Amazing.

But how does this is likely change our programmer's life? Well, where others simply put Java ME (90% of the market) or Symbian (5%) or even Windows Mobile on their devices, Apple did choose not to sacrifice the performance and homogeneity; they simply embedded their own system - Leopard - and did provide the Xcode environment. But more importantly, they came up with an unique and incredible simple distribution scheme: developers choose the price for their app, and Apple take care of everything via iTunes - distribution and payment - for a mere 30% of the revenu.


Some of my R&D pets projects:

mtrackr.com: your personal coach helps you reach your objectives.
This concept is designed as the first "abstract application for the common human being": a Web 3.0 powerful online application with minimum requirement — UI is limited to a single input field, so that you can access it from simple command embeded in SMS.
Features: user-generated content and applications specifically aimed at the mobile phone — iPhone as the primary platform
Proof of concept completed — No longer available to test.

mobilezoo.biz: in this museum you'll find almost every mobile phone specifications — developers use it to track their mobile application deployment statistics.

Online magazine dedicated to Apple: discloses original news and contents about Apple products, including: iPhone, Macs, etc. Anyone can publish on the site.