August 2005: a machine learning 3D app to crack the lotto

During the summer 2005, I spent a month working on a way to improve my chances to win the French lottery and in August, I came up with SdlLoto.

I used the WarStation port to Java I completed in July to develop SdlLoto. 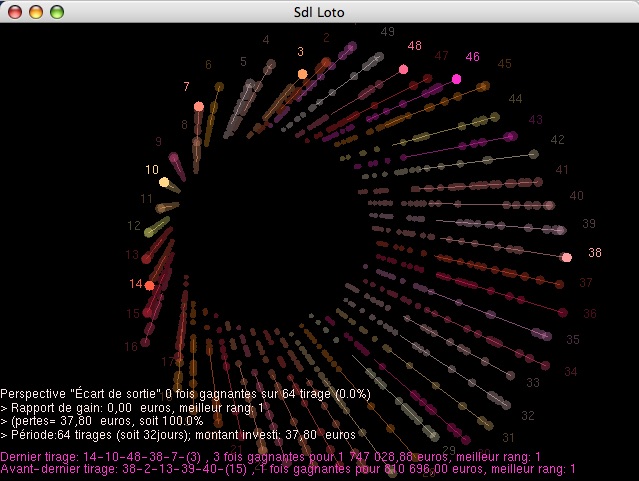 I thought I could find a 3D visualisation that would help me in developing ideas I had.

I initially thought I could find visual patterns in series of wining number, but I get to nowhere. 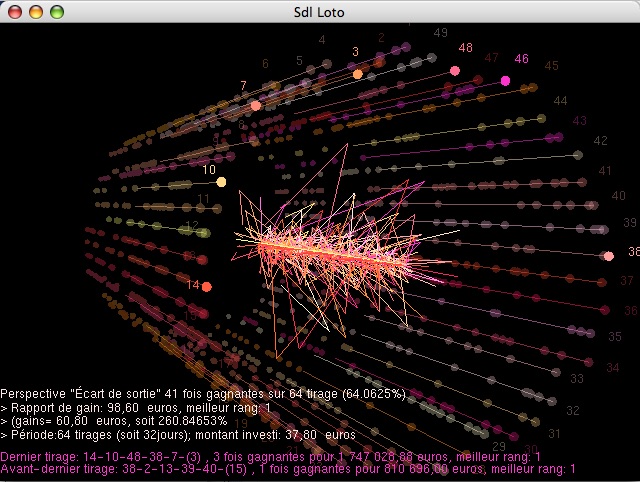 Several years ago, I had explored genome programming on my HP4/CV in order to recognise letter glyphs.

For the lotto, I wanted to simulate multiple ways to draw 6 numbers and test it against all the previous actual wining draw I had in database.

I created millions of players, each picking a drawing method, and generated 1024 generations. Because the computing time was long, I made a server version of the sw and ran it on a server during the night. Once the best guess was ready I could run the 3D client version on my computer, get the guess numbers and play then for real. 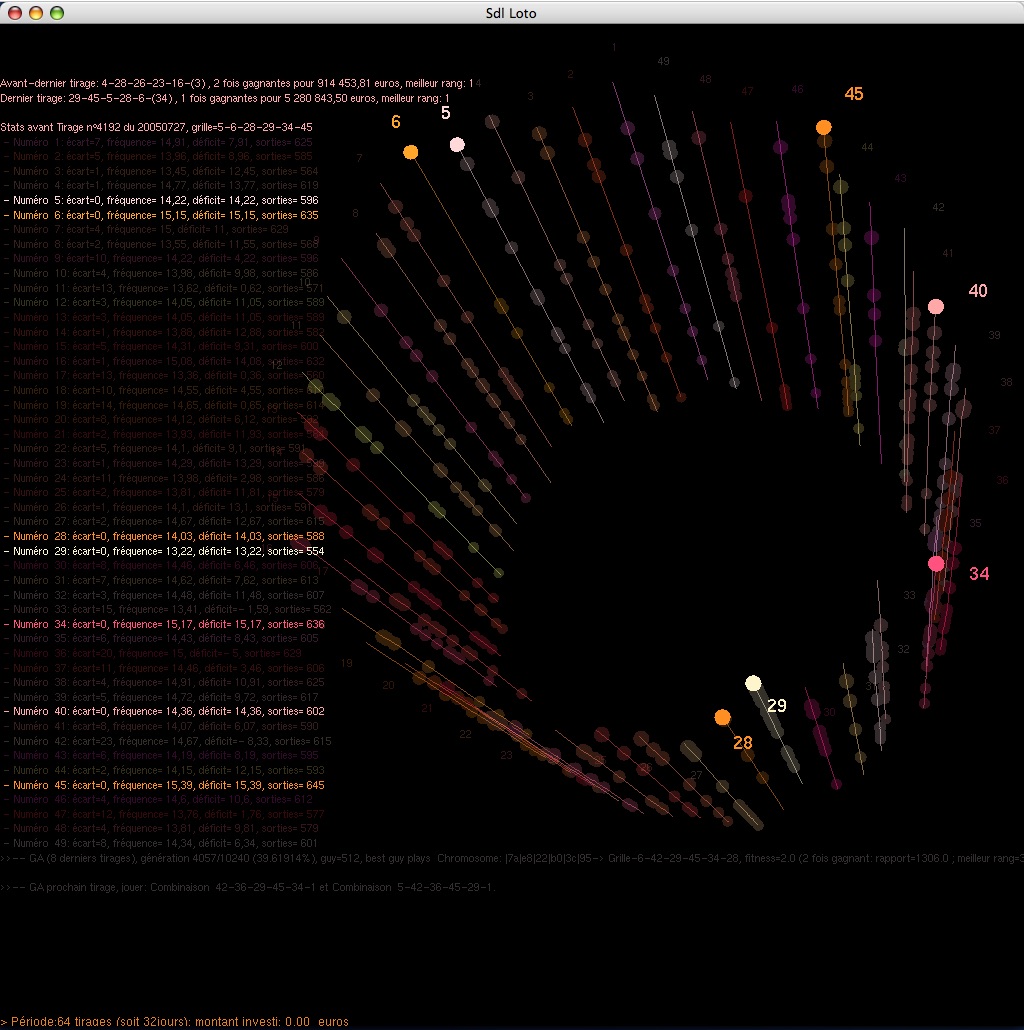 In order to help tracing the whole process, I visualised the multiple genomes as a rolling bitmap image which I displayed at the bottom of the screen: 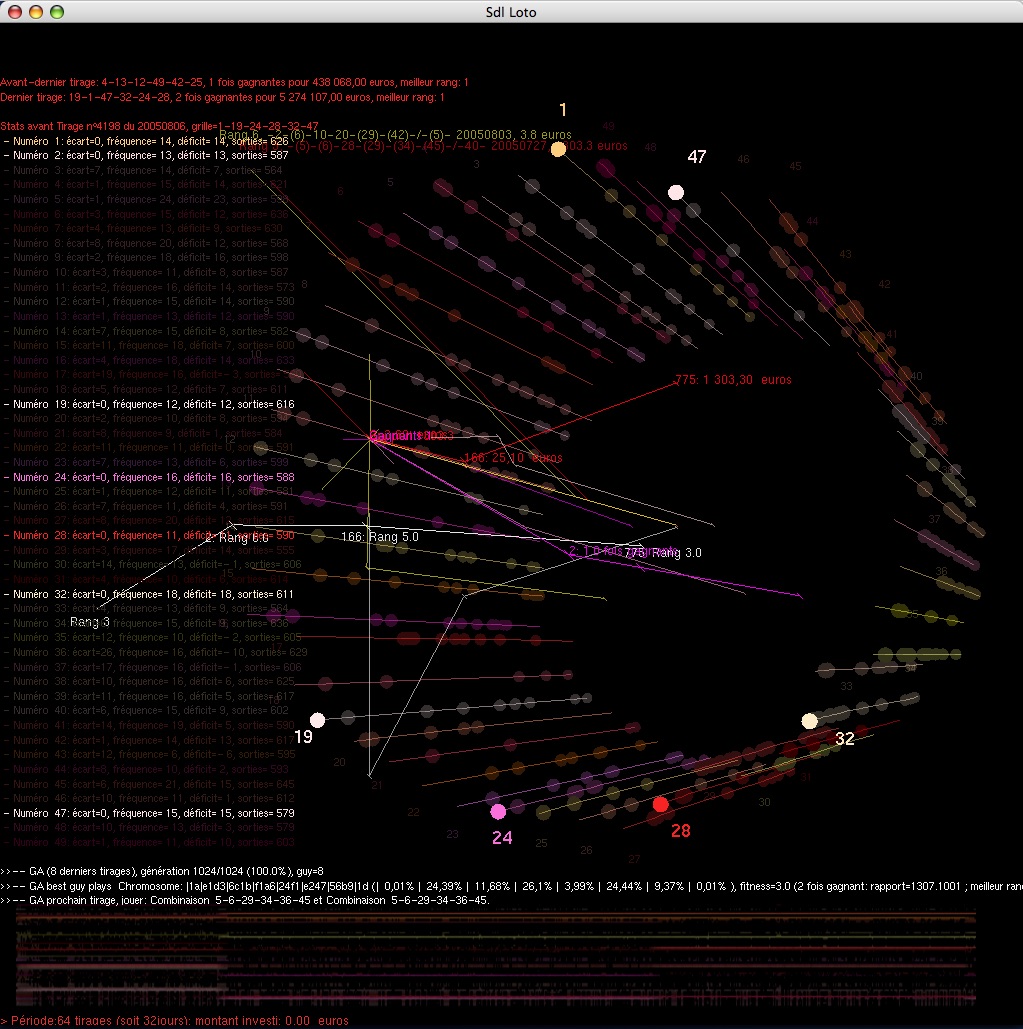 My conclusion was I really thrived to work on such a subject and learned tons of stuffs. But I never won the lottery though. No problem.