During the development of Commando I had to make a one week demo of Asterix for a pre-sale project for Infogrames Entertainment, back in 1997.

This project was targeting PCs and PlayStation One, so I took advantage of the engine I was developing: I plugged some artworks I have been made by an external studio in Paris and made use of motion captured animation from my former project Angel Quest.

I programmed an RTC (Real Time Camera) intro for the game, featuring a night and day management cycle, for which I also programmed a realtime fire effect.

I included some sound effects and in a couple of days I completed a short demo, where you were able to wander in the small village.

Look at the following screen shots: 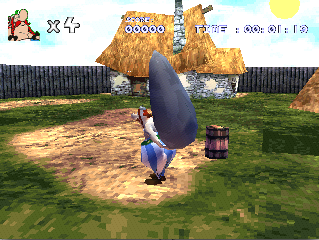 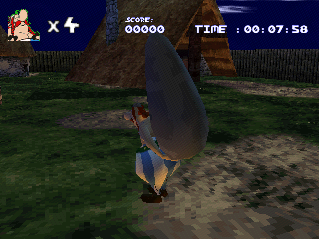 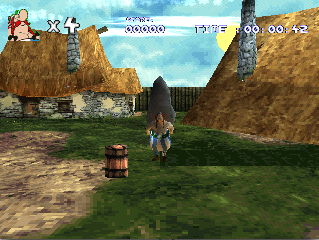